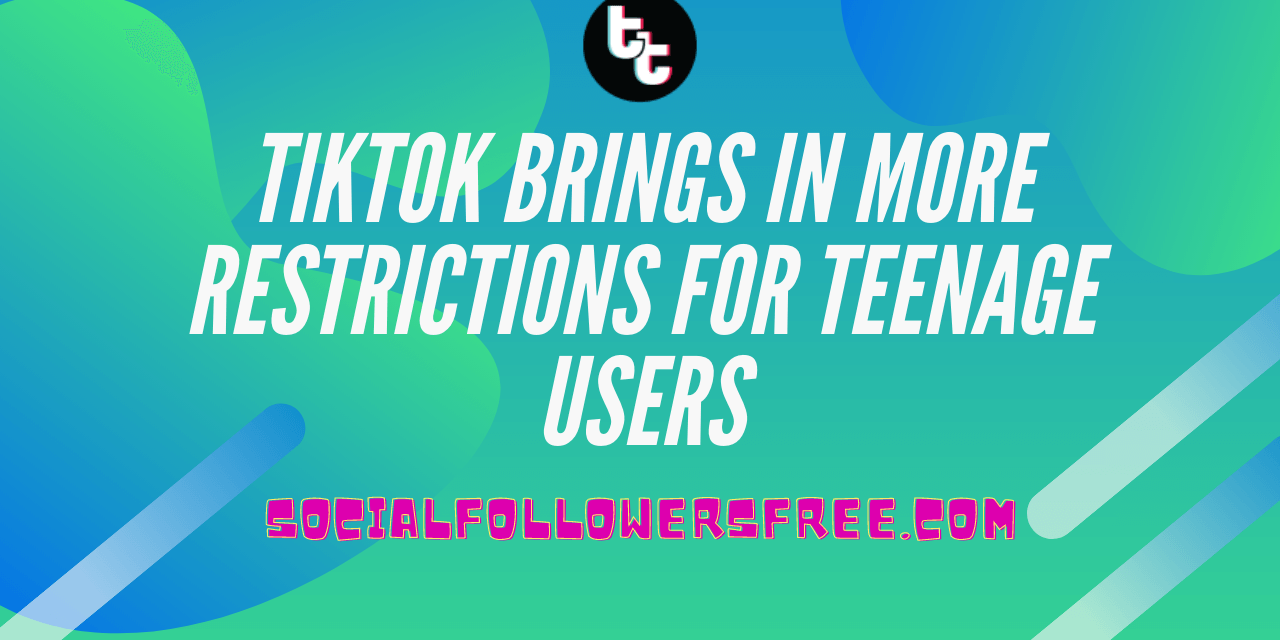 As social media becomes more advanced – and more widely used – its effects on teenagers are being more widely documented. There are now suggestions that excessive social media use – and even occasionally moderate social media use – can negatively affect the mental health of teenagers, leading to negative self-image, toxic behaviour, and other problems. It’s fair to say that social media is having a serious impact on the teenage demographic, and nowhere is that more true than TikTok, largely thanks to the fact that its users tend to skew younger.

It seems that TikTok itself agrees, because the app has introduced a number of new changes intended to limit or augment teens’ use. After the introduction of the “family safety mode”, which was created to help parents keep their kids safe on TikTok, and an update earlier this year that altered the way privacy settings worked for younger TikTok users, it seems a new spate of changes has just been added. This time around, TikTok is targeting the way in which teens interact and engage with content on the app, trying to make sure that kids stay healthy when they’re browsing.

The way in which downloading videos on TikTok works is changing significantly. After the update, you won’t be able to download videos by users under 16 years of age anymore. This change is being introduced in order to help younger TikTokers understand who’s accessing their videos and what they’re being used for.

If you’re 16 or 17 years old, you’ll be given an option to allow people to download your videos, but it’ll be off by default, so you’ll need to head into the options menu in order to change it if you want to allow this. Remember to change your settings if you do want your content to be accessible in this way.

Finally, if you’re under 16 and you post a video on TikTok, there will be a new pop-up that will ask you which users you want to be able to access that content. Previously, it was possible to control this via the settings menu, but this pop-up will make your options clearer.

Late-night TikTok scrolling is no longer being encouraged

TikTok says that as part of this update, it’s going to stop sending notifications to users aged below 15 after 9pm. If you’re 16 or 17, you’ll stop seeing TikTok notifications on your device after 10pm. This won’t stop you scrolling on the app; it just means you won’t see any custom For You notifications to show you a video the app thinks you’ll like.

The reasoning behind this is simple. There have been suggestions that the negative aspects of social media disproportionately affect young people. Adults are better-equipped to deal with the emotional travails that come with using social media, but young people haven’t quite developed the tools yet.

With these changes, TikTok is hoping that it can lessen its contribution to what some consider to be a serious health issue for young people. By not showing you push notifications after a certain time, TikTok wants to lessen the amount of time you spend scrolling and potentially also increase your sleep health.

Private messaging is getting more restrictive

It’s probably fair to say that private messaging on social media is a severely mixed bag when it comes to safety. On the one hand, it’s great that people can speak to you personally whenever they want. On the other, naturally, this system is open to abuse, and it does indeed get abused regularly.

Last year, TikTok banned the private message feature for users under the age of 16. Now, the app is introducing brand new measures to help users deal with private message abuse. If you’re 16 or 17 years of age, you’ll now have to manually enable the private messaging feature in your app if you want to use it.

All you need to do is enable the setting if you want to send or receive private messages. This isn’t a blanket ban on messages for users under the age of 18; rather, it’s a precautionary measure designed to make the system “opt-in” rather than on by default. TikTok is likely hoping this leads to less social media abuse among the younger demographic.

What are the problems with these changes?

While these changes are certainly admirable, and TikTok should be commended for thinking about young people in this way, there are still some issues with them. One problem TikTok is having to combat in a major way is people lying about their age when they sign up to the app. It’s no longer possible to change your birthday manually from within the TikTok app. Instead, you’ll have to contact customer support and ask that they change your birthday, supplying a photographic ID to prove that you are who you say you are and that your birthday is accurate.

This all comes as TikTok is still under major scrutiny in the international community. While it’s true that President Biden suspended the impending bans on TikTok and Chinese messaging app WeChat in the USA, many countries around the world remain suspicious of ByteDance, claiming it’s too close to Beijing. ByteDance has vehemently denied these accusations, and has indeed pledged to go ahead with an upcoming IPO despite a crackdown by the Chinese government. These new curbs on how teenagers use TikTok are likely aimed at mollifying concerned parents and other groups. We’ll have to wait and see how they affect ByteDance’s standing in the community.